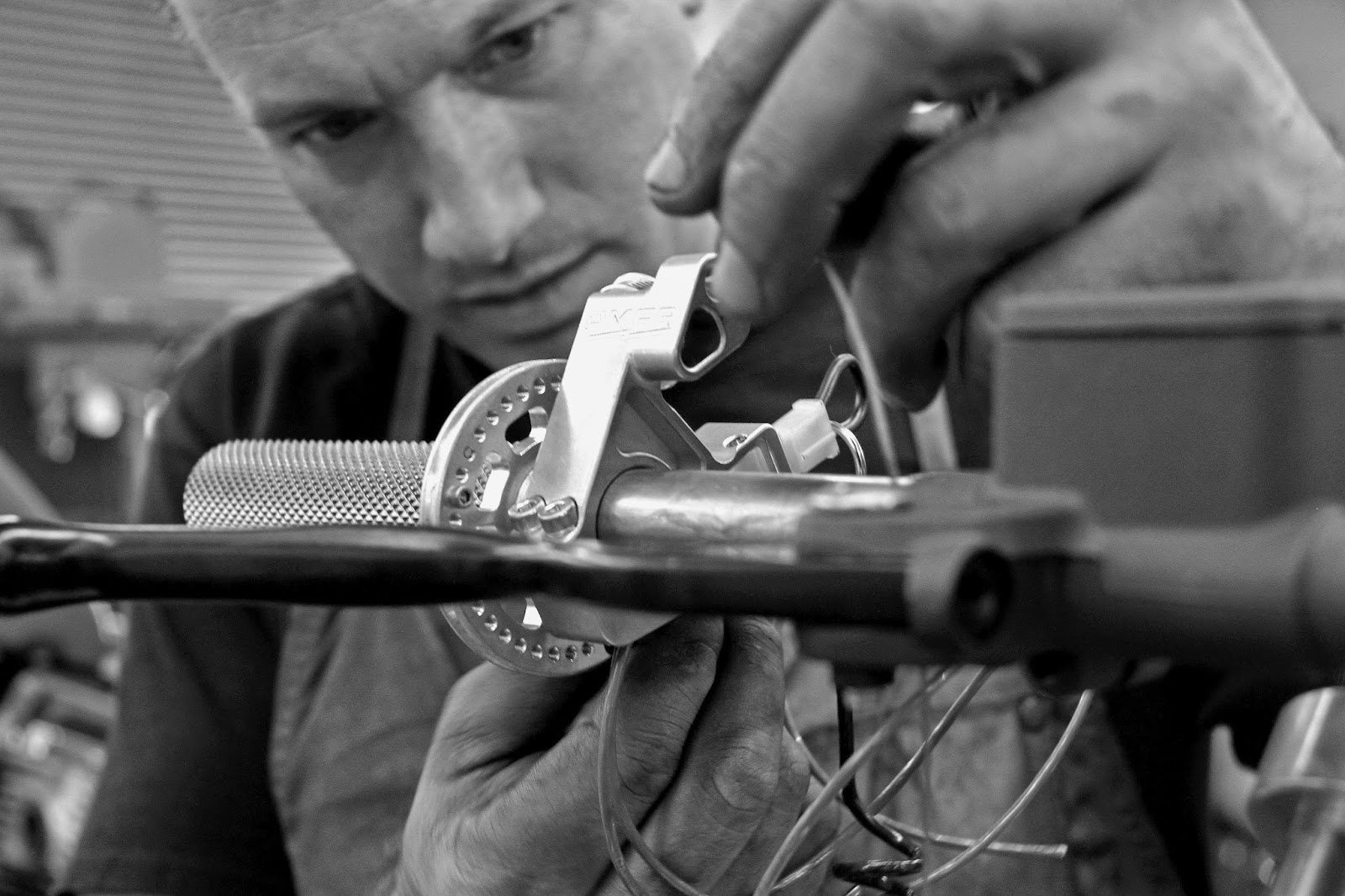 Jasin’s dream to drag race the bike he is building is becoming a reality… Usurper is coming alive! I thought I’d give a little update and explain the direction and history of this build.
I’ve built nearly 4 complete drag bikes and a streamliner in conversation thanks to a bunch of beers at my shop. It’s been a dream of mine for a while now. Since I have a love affair with old Harley’s (especially Shovelheads) I had to build a shovelhead drag bike. The original plan was to build a ground up drag bike around a generator shovel…then reality set in, I was planning to build a very expensive grenade. I decided to change direction slightly and build a cone shovel motor with bullet proof Delkron cases. While searching for some cases I stumbled across a complete drag bike for sale. It was fate! I went to check it out only 30 miles from my house and when I heard it start I had to have it. The ground rumbled as it idled on its stand. It was very violent and obviously not a street bike. This was a full on drag bike that raced from 1979 to 1986. A lot of upgrades and changes happened during its life. A bunch of motors and transmissions as well as air shifter and clutches. It was eventually parked in a garage in San Jose Ca for nearly 30 years just waiting for me to come bring it back to the strip. The original owner raced the bike the whole time and was very eager to share his knowledge of how to bring all of it’s potential out.
The motor was originally built by Soapstone Engineering in San Jose. Ca. It’s a 115″ shovel with 5″ stroke and a custom Sifton cam made by Tom himself for this motor exclusively. The class it ran in required it to have a harley 4 speed transmission. The beastly motor sits in a Kosman chromoly chassis. Since it has lived on a stand for so long I new it needed to be fully rebuilt if I planned to actually run it. This is where the fun begins. I tore it down completely and began to go through all the usable parts. I was left with the motor tranny and frame. The rest was a little too sketchy to use on a 9 second bike for a guy with two kids. Through the race community I located some NOS PM Chicane aluminum racing wheels. They are super light weight and fit the era the bike comes from. I’m using a Redwing front end and Grimeca brakes in front and back. I set up a new air shifter and throttle and such. The fuel delivery system has been upgraded from a carburetor to mechanical fuel injection from Hilborn. The ignition has been upgraded to a Morris magneto with a super condenser for an extra hot spark. The primary drive has been upgraded to a 3″ belt drive with a lock up clutch from Rivera Primo. A custom aluminum rear sprocket and a whole bunch of small brackets and such have been made with the intension to shave as much weight as possible. There is still more fab work to go but it’s getting close. I can’t wait to fire it back up and go as fast as possible. See you at Born Free!! 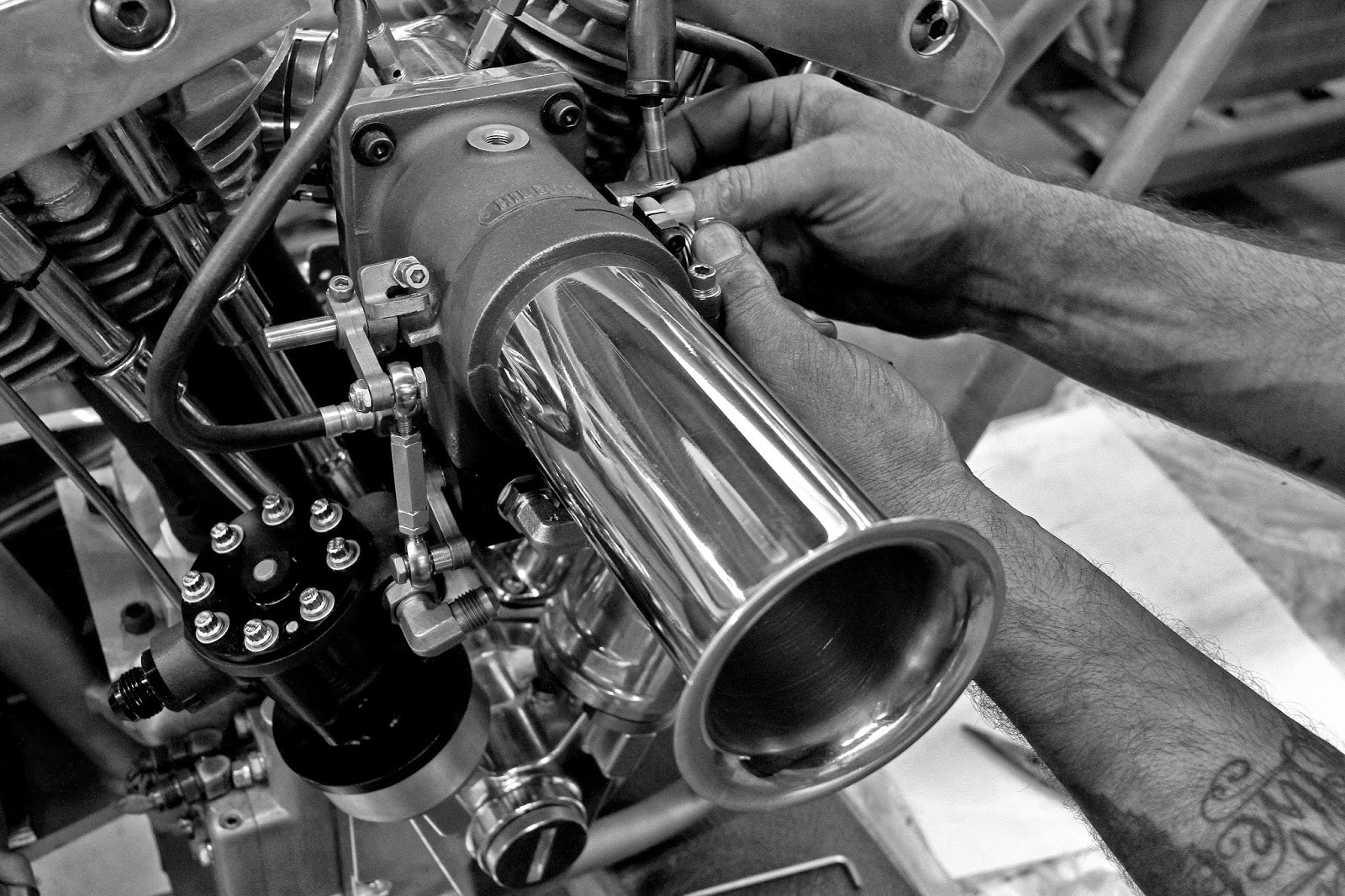 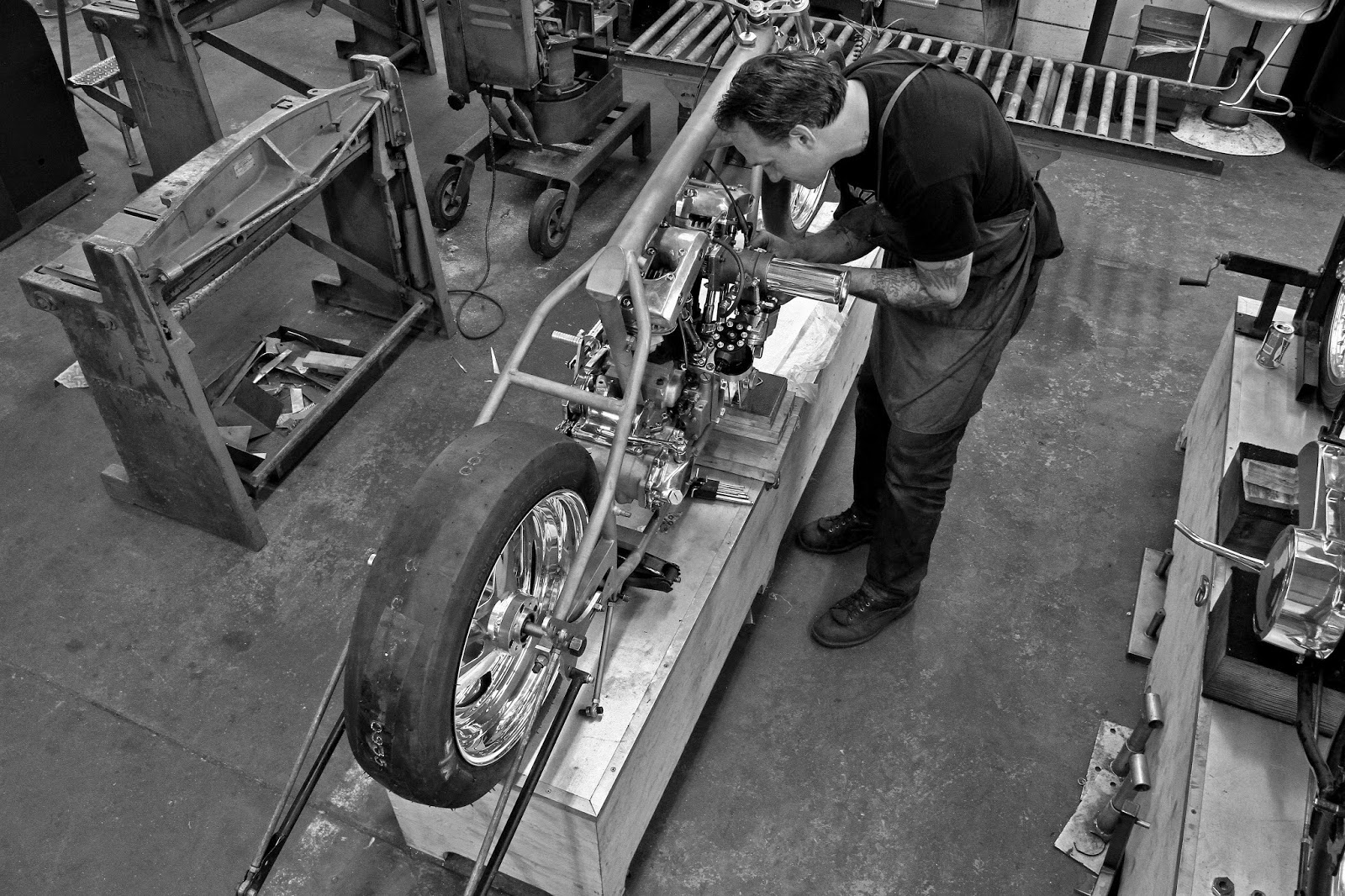 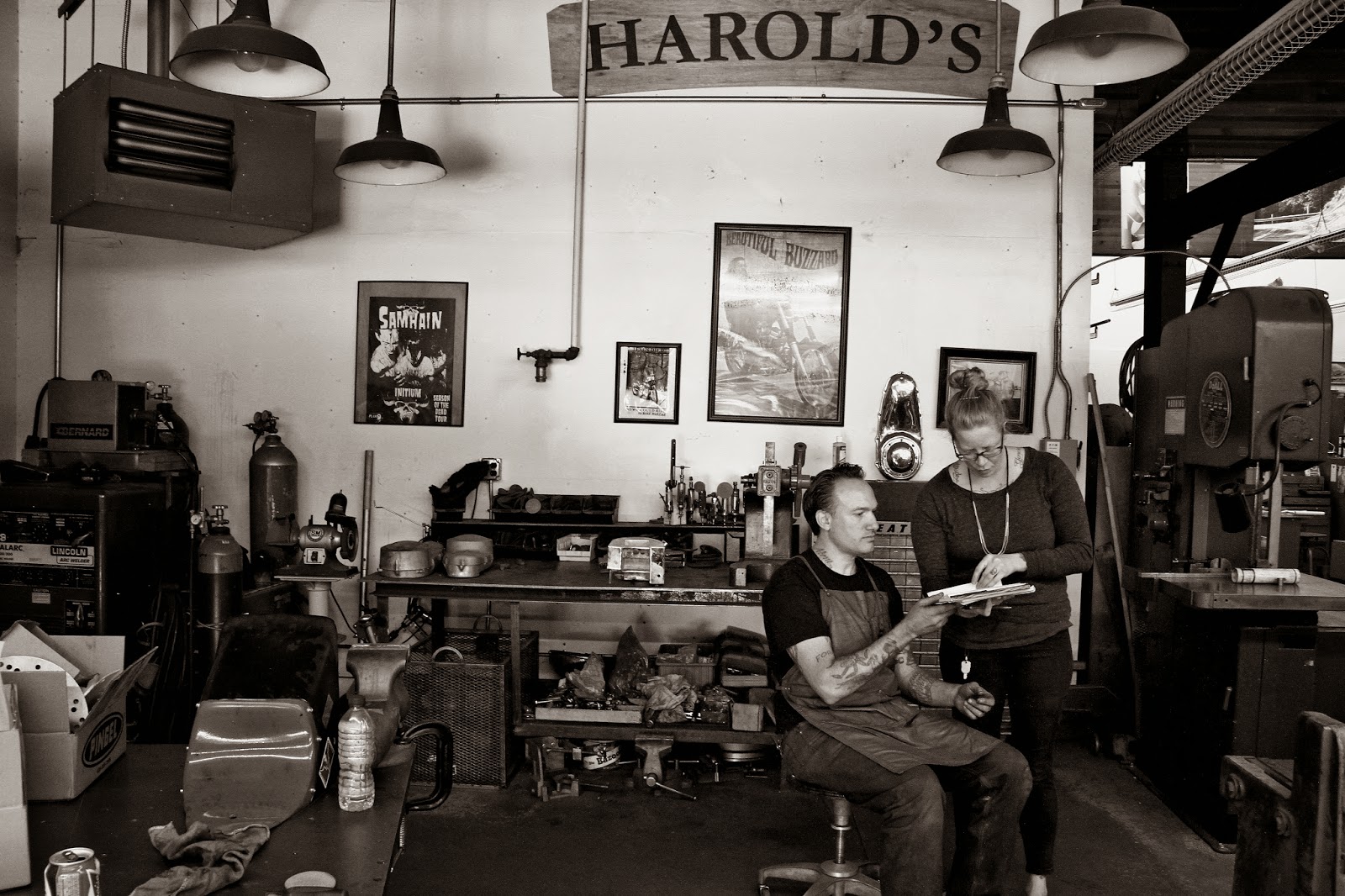 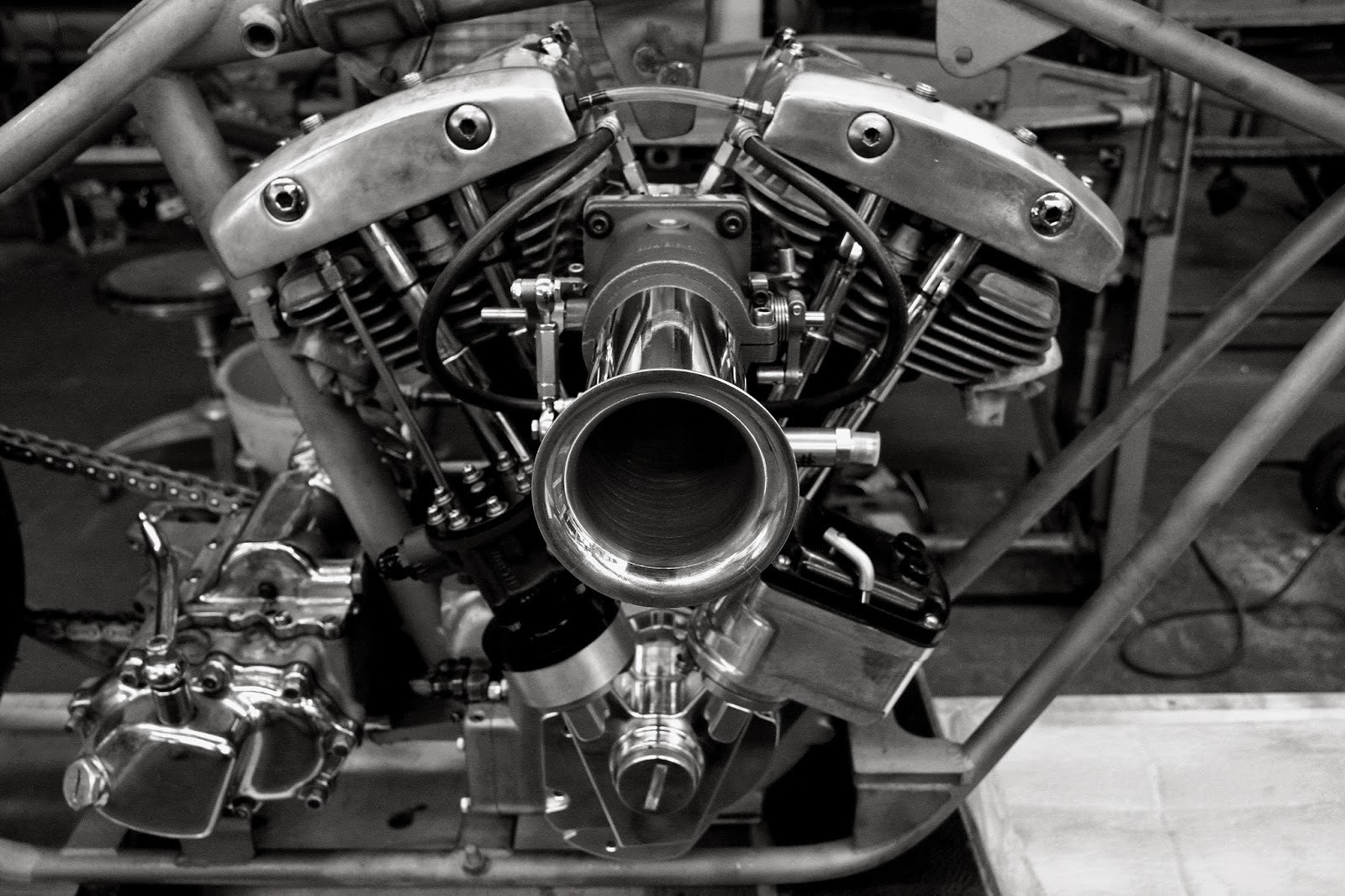 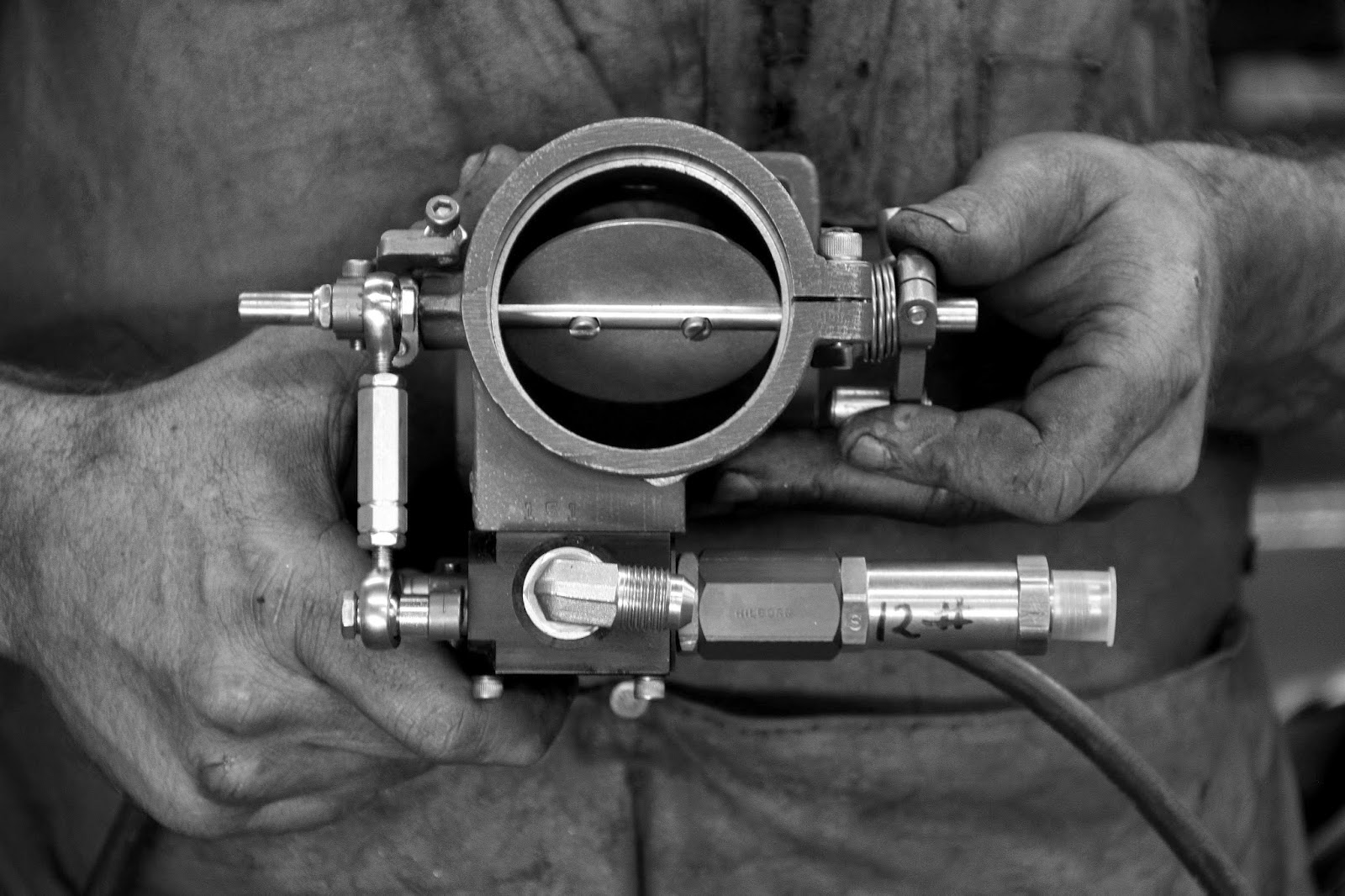 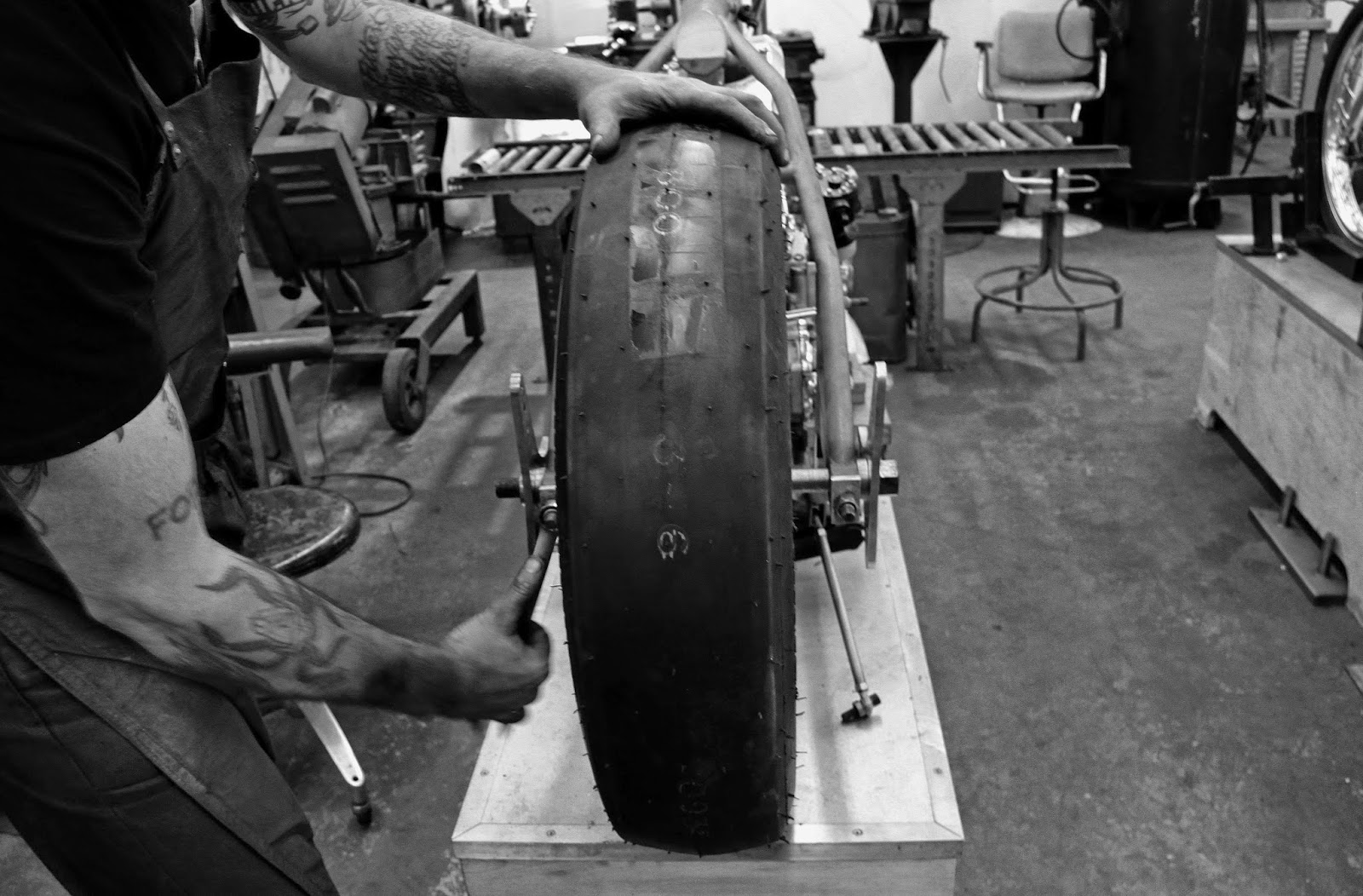