Wes is moving along on his BF6 Triumph Race bike and here are a few progress shots and words from Mr. White:

So the clock is ticking for sure at this point.  I said if I did not get a good start on the bike by the end of March I would be in a panic.  Well I got a good start on it and have managed to be fairly up to date as of the first week of April.  I got the transmission built and all of the motor ready to assemble.  Motor is balanced and blueprinted and ready.  As for the chassis, the wheels have been done for some time and the front end is together for mockup.
Everyone who knows me knows I have always done my best work fabrication-ally speaking when I have a talented guy to do the heavy lifting.  I have built a bunch of stuff with a mig welder and a hand drill but when it comes to tricky stuff I like to have lots of help with the heavy fab.  So I got together with my friend and fellow land speed racer Logan Davis, of Vintage Performance Automotive in Saugus.  He has a fully equipped fab shop and has built a bunch of ground up hot rods and more than one Bonneville Race Car.  He even has a vintage record or two.  And he is handsome and has good breath.  So while I filed and ground on inconsequential stuff he did some amazing work making the parts and pieces come together to make some fun stuff.  Logan is a talented aluminum welder and since this bike is gonna have a bunch of ally stuff on it, it was only natural that he make stuff happen.  His experience as a Bonneville builder helped a lot too.  Big thanks to Logan, he is not too much a bike guy but if you need your hot rod worked on or need a flathead motor built, he is your man.
The challenge for me in this project has been to balance the safety and classification rules of the Southern California Timing Association with what looks good on a motorcycle built for a certain class at the Salt Flats.  It is not always easy to make something that looks exactly “right” and make it pass the technical and safety inspection everyone has to go through to race.  A lot of stuff has to be there and has to be fully visible.  For example, certainly if you were building a chopper you would not have a deadman switch on the handle bars, but I gotta have one.  So it goes.
As of now we gotta get some gas tanks on this bike and make a battery box.  Back to Logan’s lair next week. 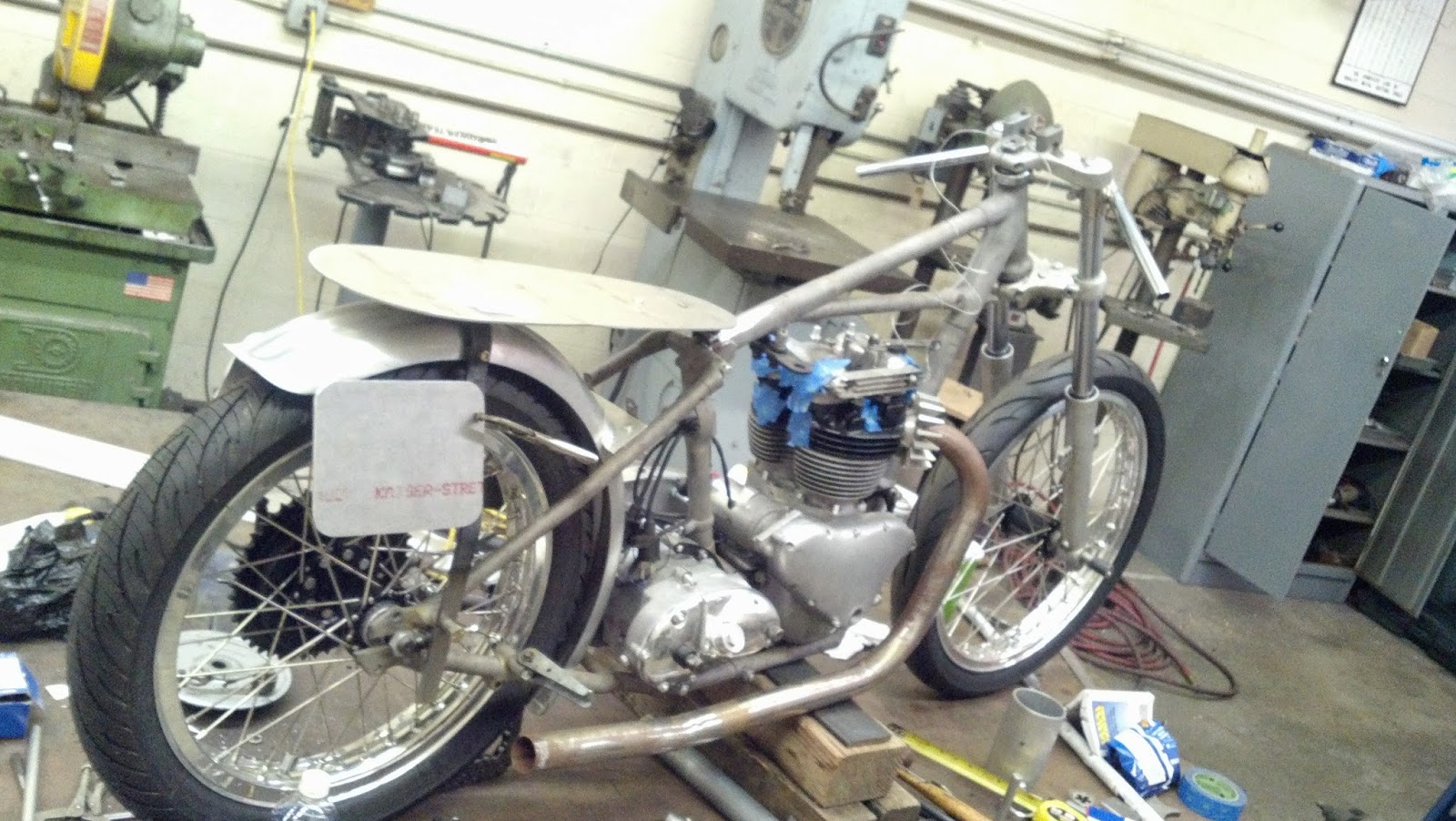 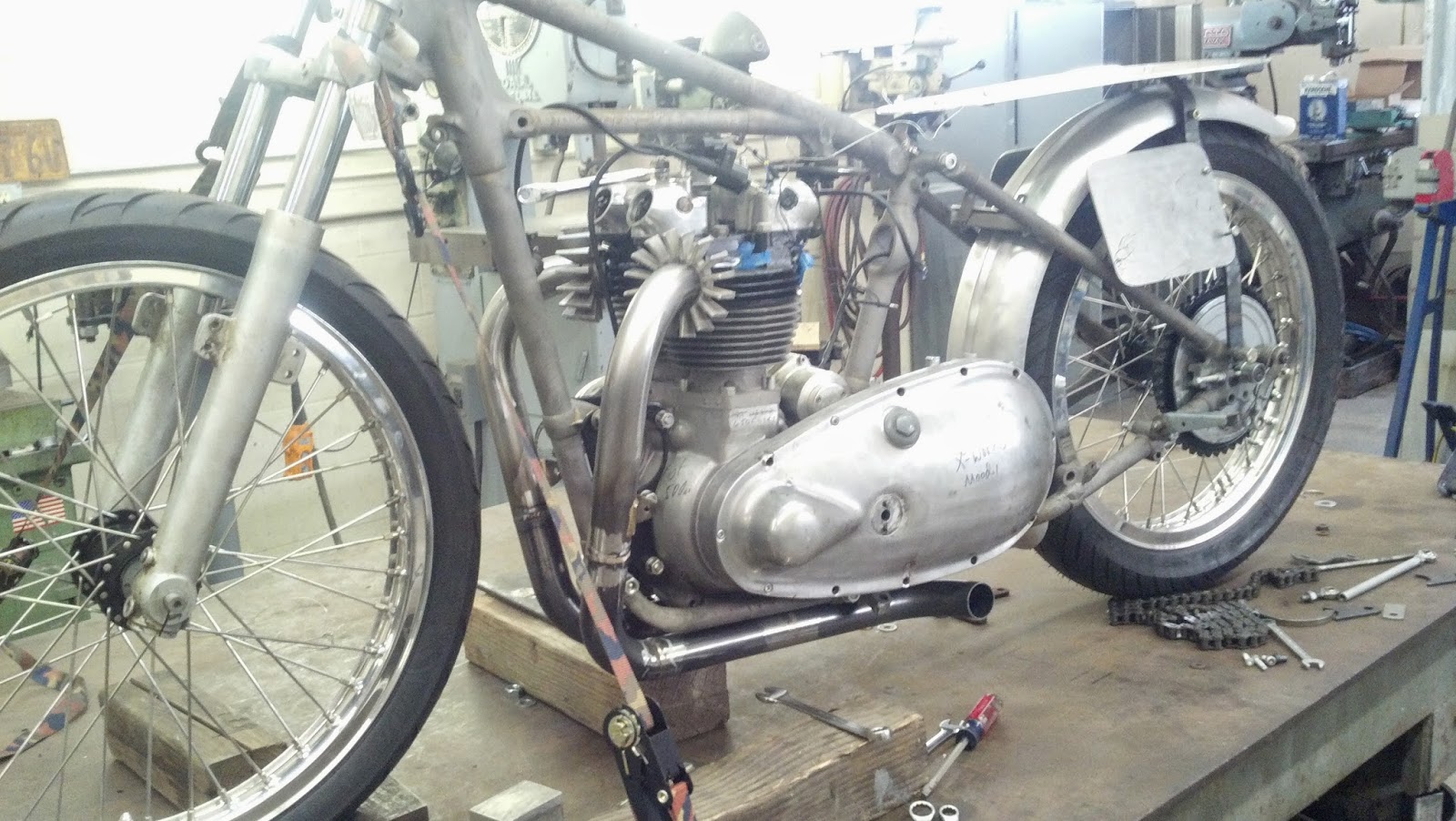 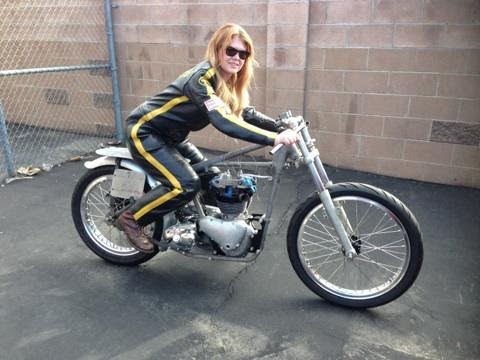 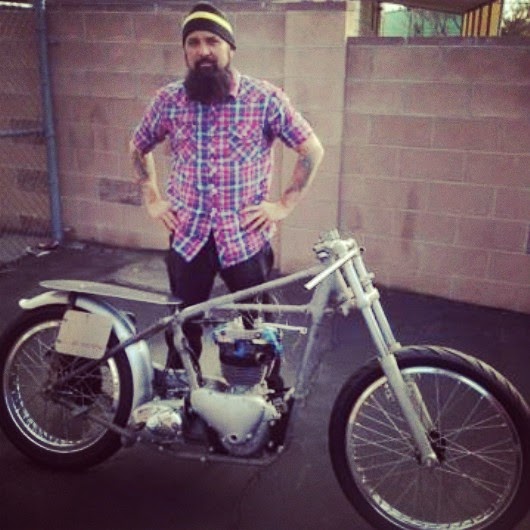 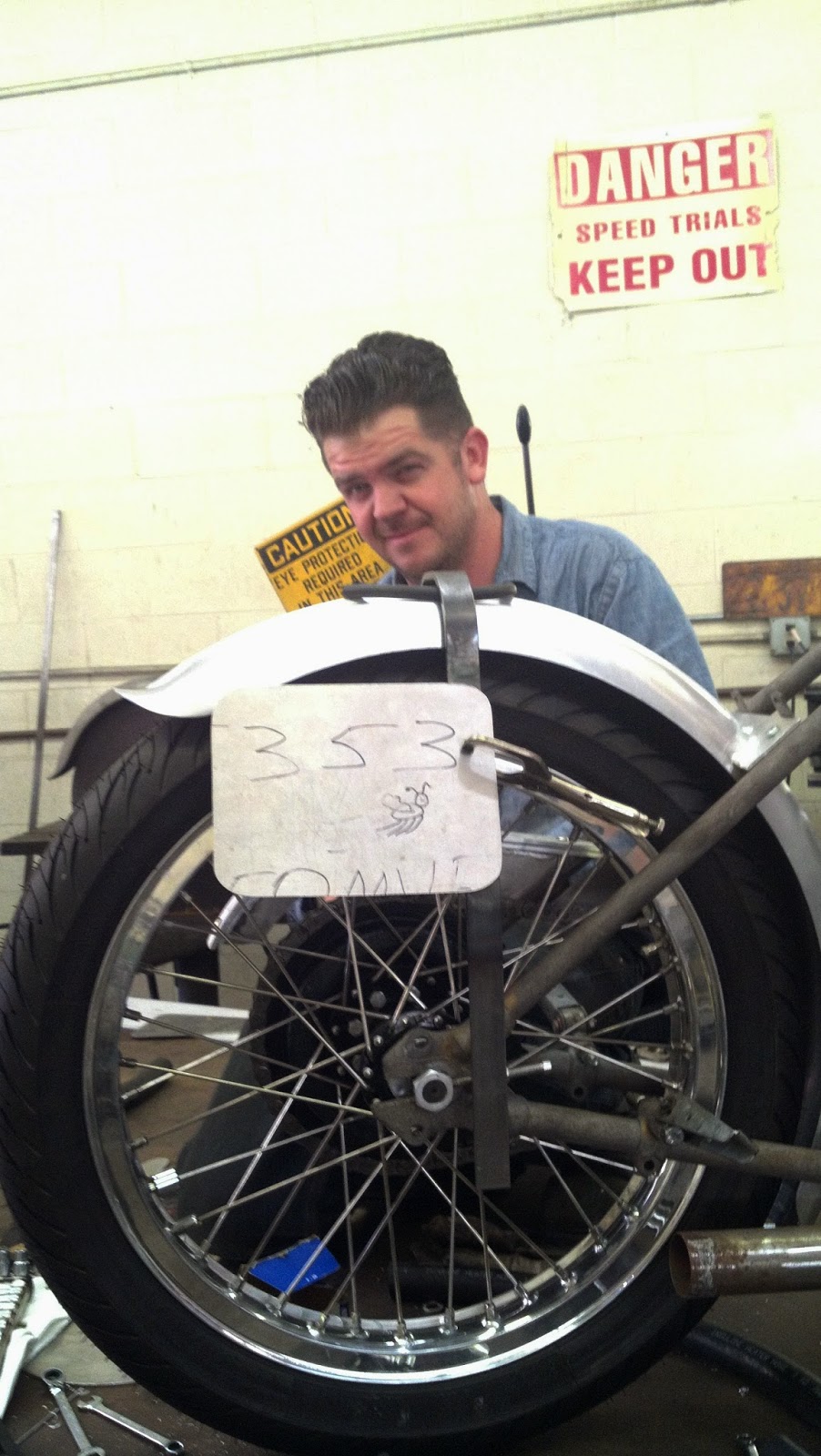