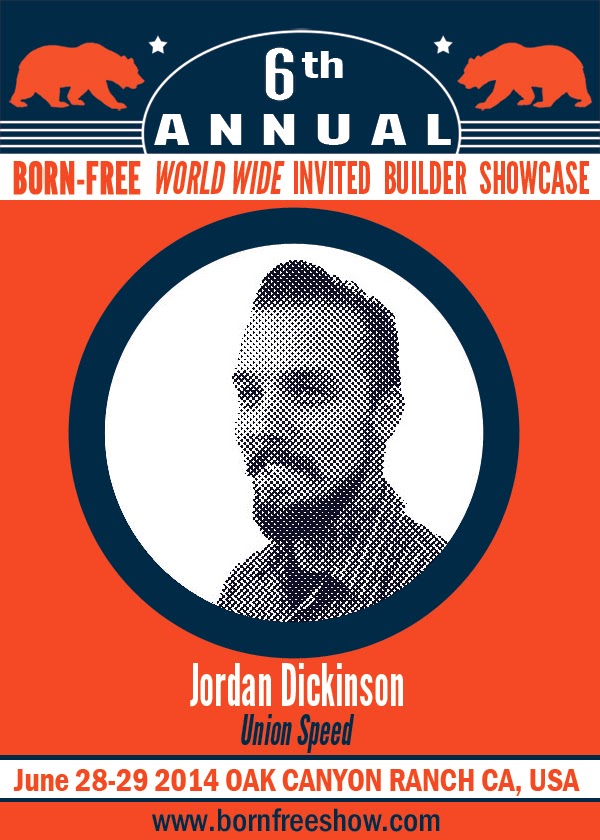 Jordan Dickinson AKA “Pineapple Jay” runs a shop in Minnesota called Union Speed and Style where he has been honing his incredible fabrication skills on custom motorcycles as well as hot rods and customs. He even does fine upholstery work!
We had sorta bumped into Jordan and his brother here and there (Mooneyes in Japan!) and were introduced by some other friends from their area, but little did we know that a couple years later we’d have Jordan on the top of our “must have” list as an invited builder for Born-Free! Jordan got involved with the Show Class Magazine People’s Champ contest last year and made it to the final round with his amazing panhead, but didn’t make it on time due to unforeseen travel issues on their cross country trip to Born-Free 5.

Well, if we’d known what Jordan was capable of and all the top self work that went into his panhead build, we woulda brought him into the fold from the get go! Live and learn and let this be a lesson to anyone reading this, we can’t be everywhere but your work will hopefully get noticed and things can happen from there!
Anyway, Jordan has been busy this year bending tubes and firing up the TIG welder creating the frame for a sure to be drop-dead Knucklehead.  stay tuned for more!!! You can also follow Jordan on instagram HERE 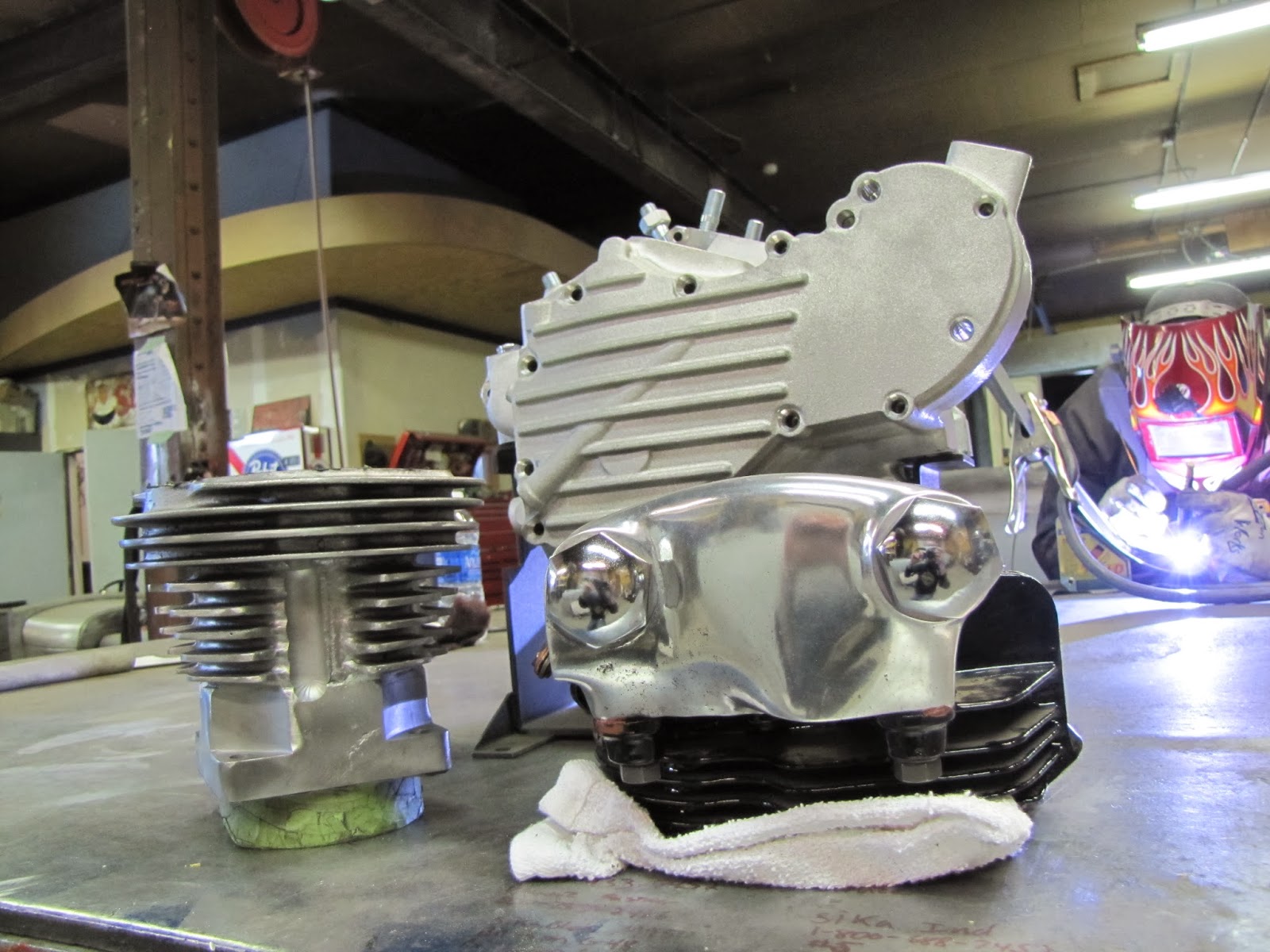 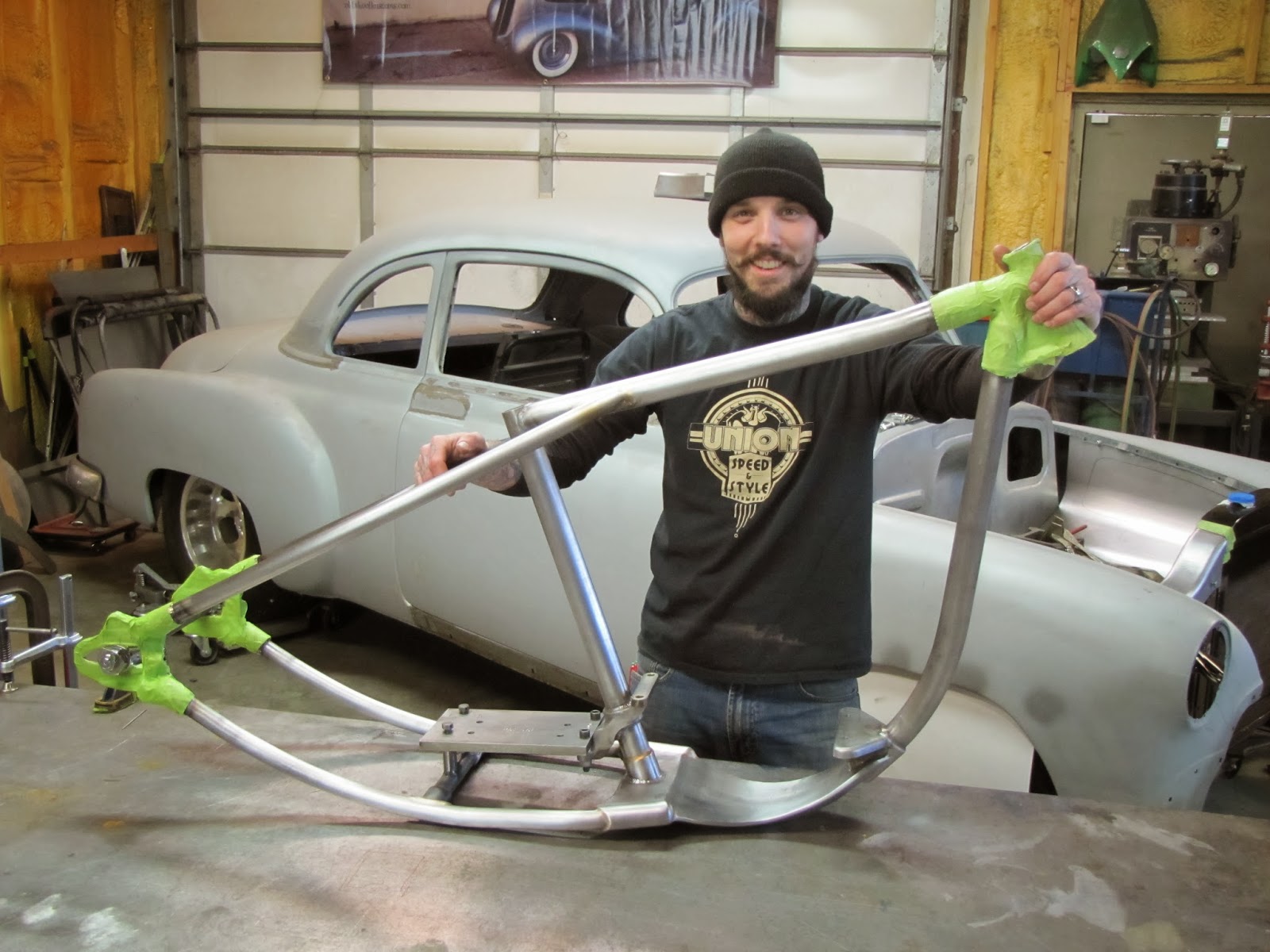 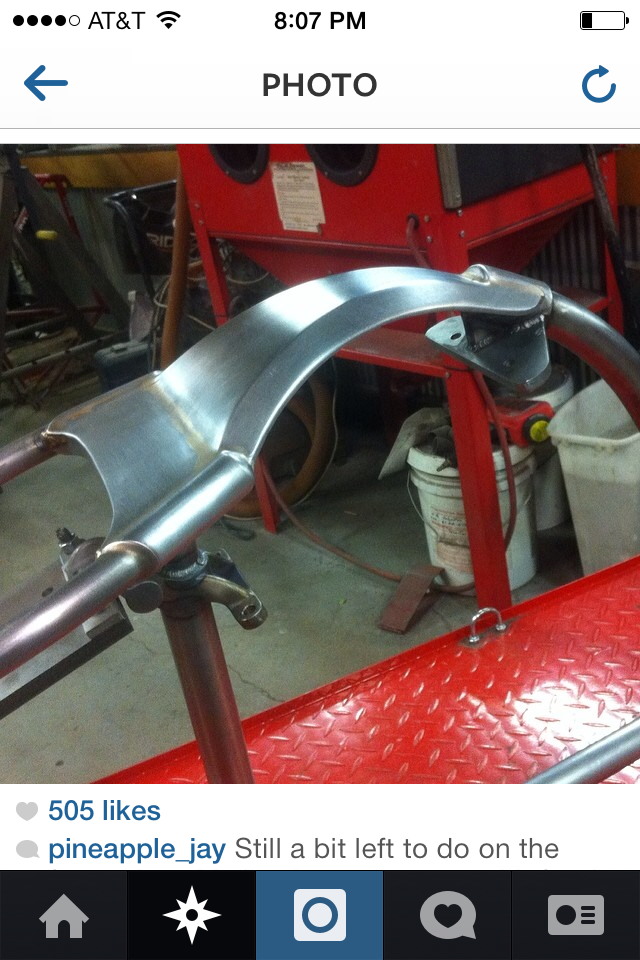 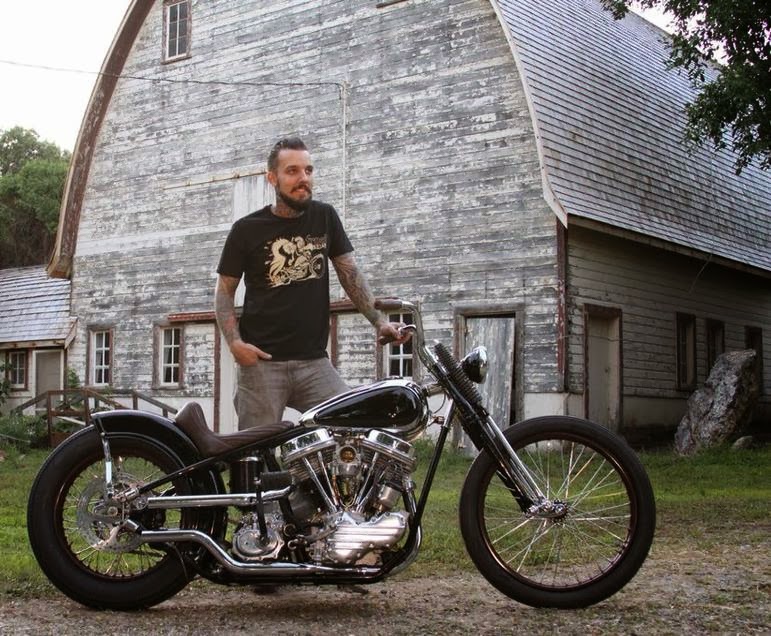 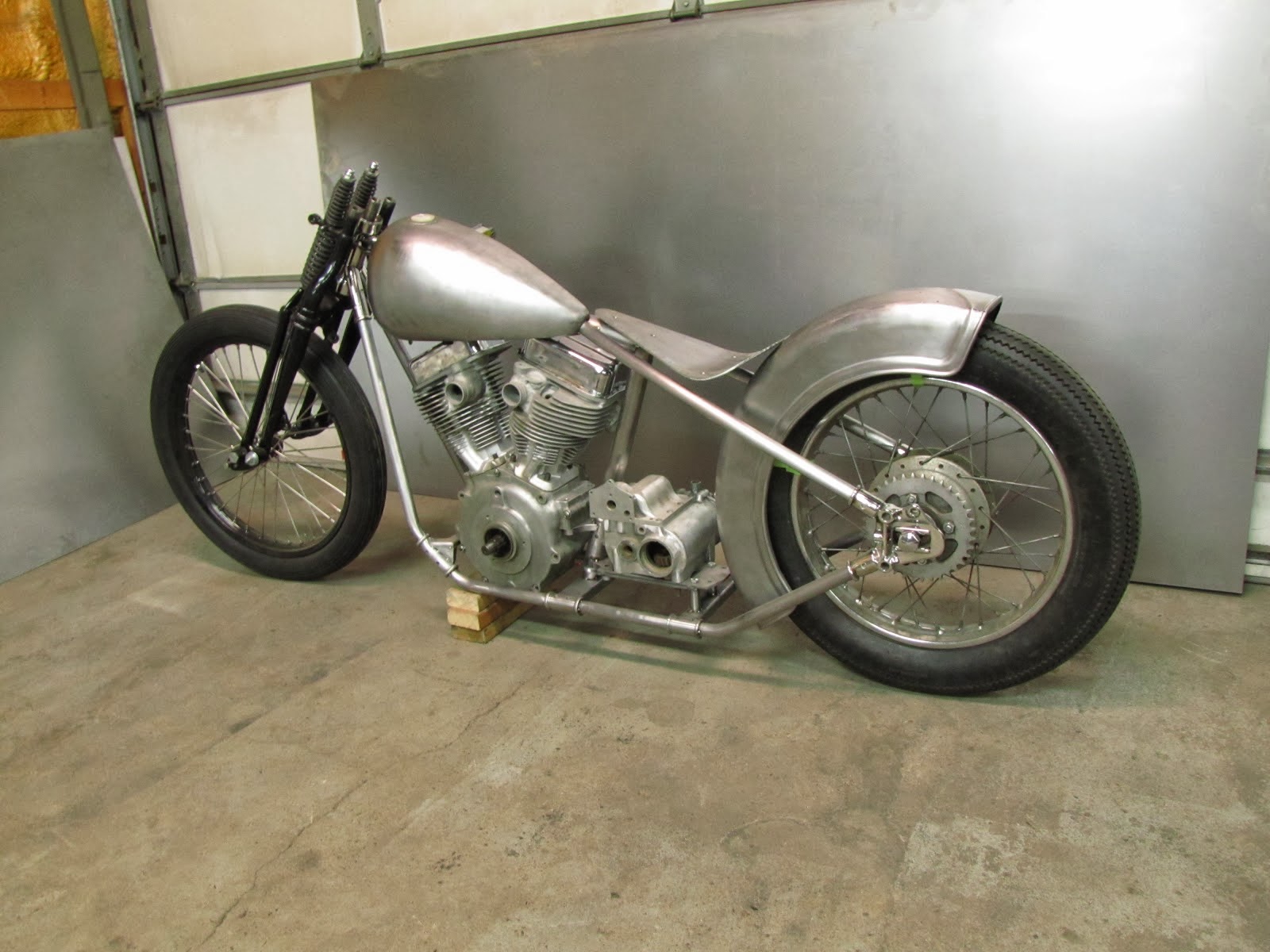 Here is Jordan’s Story about his BF6 build: “Some time last summer after Born Free 5, my brother Josh and I were sitting at a local bike show here called Bearded Lady.  He had been staring at my build from last year for probably a half hour, then he smiled real big and said “Alright, what’s it going to take for you to build me one?”  to which I promptly laughed in his face and brushed him off with a “You can’t afford to have me build you a bike like that.”  (He’s my brother, by law I have to give him a hard time.)  We laughed for a minute and then he quickly circled back, No but really, what will it take?  I want you to build me a bike.
Alright I said, I tell you what, If you pay for all the parts and give me complete creative freedom then I’ll build you a bike…..But only if I get asked to build a bike for Born-Free 6.  I knew I couldn’t afford to build another crazy bike two years in a row, so it seemed like a win win.  A deal was struck, and I’ll be god damned if I didn’t get a call a couple weeks later from you guys asking if I would build a bike for the show this year.  I honestly didn’t see that coming, and now that meant I had to stand behind my word to my brother and deliver the goods.

The premise of the bike will be pretty straight forward.  It’s going to have a classic feel to it, because I want it to be something he will like for years to come.  No trendy bullshit that won’t be cool in two years.  I’m sticking with stock geometry on the frame to keep a short and low profile.  The shape for it however is massively different.  I started with a stainless single down tube neck and axle plates from John at Hardtail Choppers Inc.  in Washington and ran that into a bit of a VL inspired engine cradle that I whipped up.  I curved the tubing for the chain and seat stays, and then I lugged all the joints to give it the feel like it was from an early style era of construction.

We’re running a 93″ S/S knucklehead motor that will have some pretty heavy modifications done to it.  The concept I’m working on for the gas tank, oil tank, and fender should potentially be a challenge to create.  So hopefully that means I’m pushing myself far enough out of any kind of comfort zone I may have with that.  If successful it should look like something off a 50’s spaceship or something.  Who knows, I could waste a whole bunch of steel on dogshit ideas.  He’s going to ride the piss out of this bike, so everything we do will still be centered heavily around functionality and how it fits to him and his comfort on the bike.  If people want to catch as much of the details on the build, they can check us out on Instagram (Pineapple_Jay) or Facebook (Jordan Levi Dickinson) as that’s where I update the most with what we’re doing every week.”