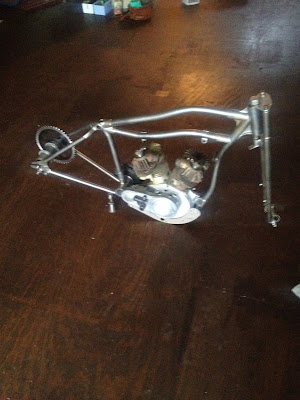 It has been a whirlwind past couple of months.  Things have been going good in the shop and we managed to make some progress on brittneys bike.  In February we drove to Milwaukee and picked up her frame from Mike Lange,  he has been making race bike frames for a very long time.  He modeled brittneys frame off of a race bike that was raced in the twenties and thirties.  Here is a shot of it with the motor and front end installed up in our barn house. 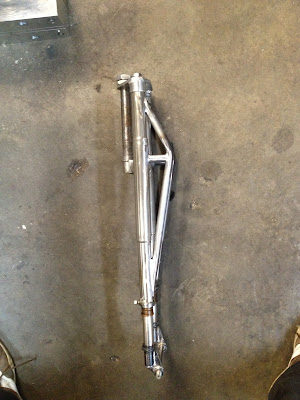 We ran into a small issue with front end length.  We had originally planned on running an excelsior fork, but it was three inches too long and would have messed up the lines of the bike.   So we bought a jawa front end.   I made some trusses for the front of it, to make it look a little older, kind of like a peashooter fork. 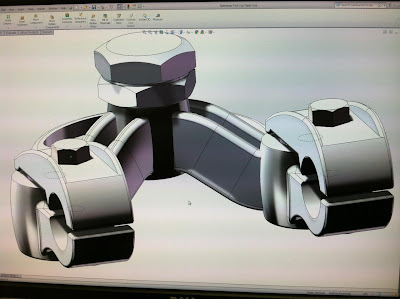 Here is a solid works drawing of brittneys top tree.  My friend Andre made it from photos of an original peashooter top tree/ handlebar riser set up.  He is really talented.  It is getting carved out of 6061 aluminum this week. 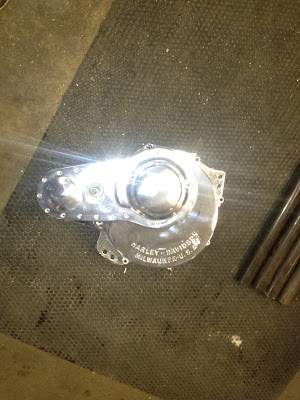 Here is a shot of brittneys cases all polished up.   These are from 1923,  It is hard to believe they are 90 years old. 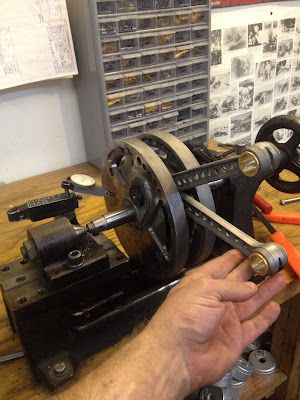 In this photo you can see the original narrowed flywheels in the truing stand.   They flexed too much when we were truing them, so we decided to modify a different set. 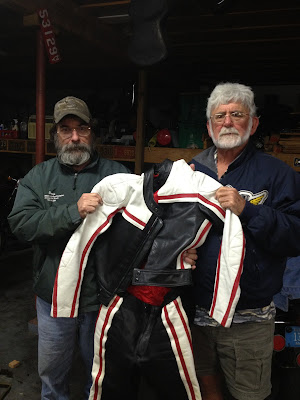 I went to Florida for the AMCA meet at the beginning of march and hung out with my friend Doc Batsleer, who is an amazing guy who has been racing vintage bikes for years.  He is a wealth of knowledge and a great guy.   He sponsored Brittney’s Racing leathers.  This suit was made in Germany and is top notch quality.

Here is the logo that brittney drew for her racing endeavors.  We have a lot of fun stuff planned for this bike and future race bikes, and are both very honored and happy to have the born free show on June 29th be a part of it.   Next month should be pretty exciting,  my friend Lock is flying in to make her gas tanks, and we should have the bike finished and ready for track time some time in May.