At the end of last year i was honored by being asked by Mike and Grant to build another bike for their amazing show. I instantly knew the bike i was going to build. But the story of my build starts long before that. The year was 1965 in Baltimore Maryland and a 13 year old Frank Kaisler had already been bit by the Chopper bug. Frank had been saving all of his money from birthdays and odd jobs for awhile and while searching in the paper he found a Panhead project for sale. He called the guy and went to go look at it. In the guys garage sat a stock Wishbone frame with the motor and transmission sitting in it, being used to hold up half of his work bench. Frank fell in love right away, he gladly handed over $75 and left with the frame, motor, trans, springer, and 2 boxes of parts. He brought the basket case to a friends house in his red wagon, he couldnt store it at his house because his parents wouldnt have let him keep it. A few weeks later he rented a small garage a few blocks from home and started doing what he could to make it into a bike. Frank started helping out around an old timers shop in town learning everything he could while sweeping up the floors. Slowly the bike started taking shape

This is a very early version of the Frank’s bike. 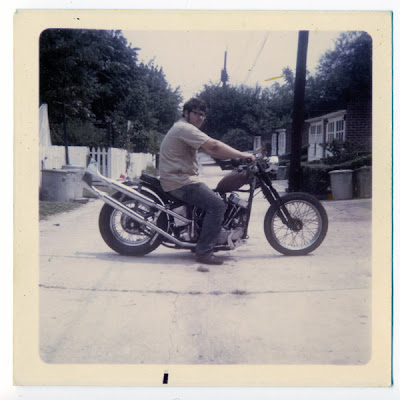 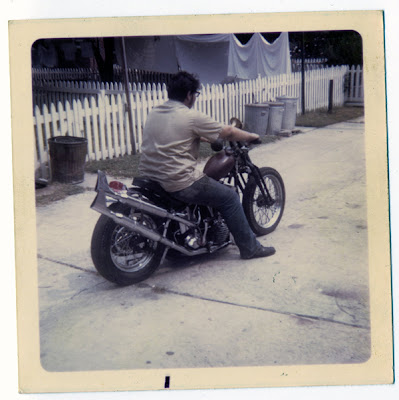 The bike didnt stay in one configuration for very long. It evolved as the years went by, basically every winter it was torn down and parts were added and changed. 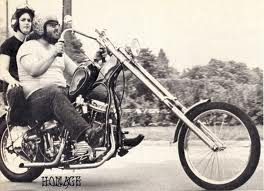 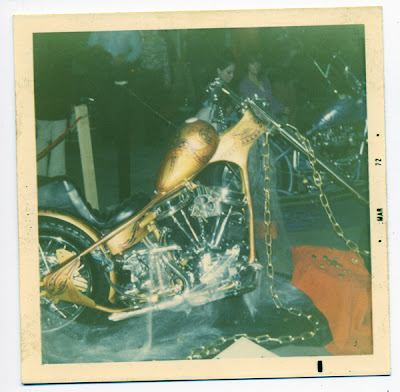 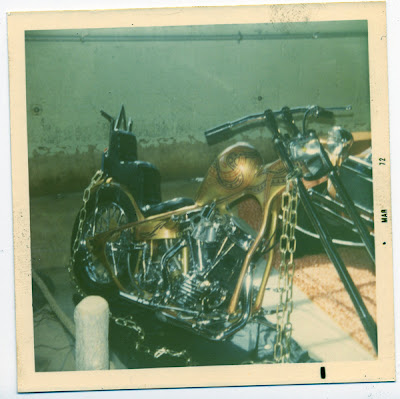 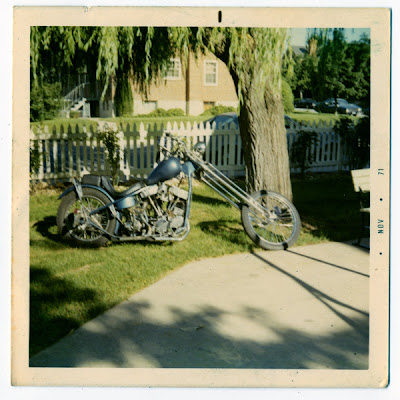 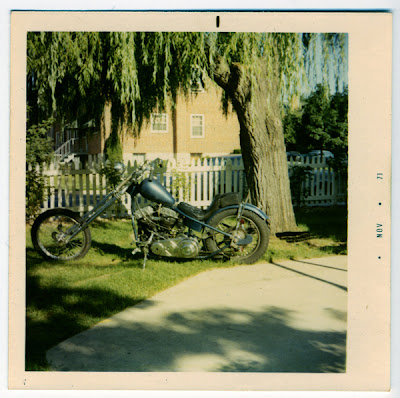 Most of the changes that were made were all about making the bike better. Be it faster, more reliable, stop better. Frank was always trying to hop it up using the newest parts available. The bike was in countless magazines through out the years. Although the the over all look of the bike would change the one  thing that always stayed the same was the motor (the bottom end) and transmission 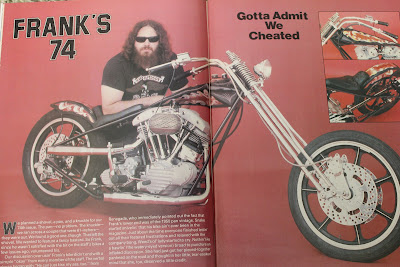 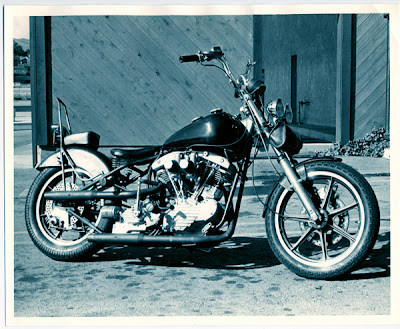 About ten years ago Frank pulled the motor out of the chassis to put a hopped up cone shovel in it. He put his original motor in the closet and there it sat. In late 2006 I had the opportunity to meet Frank through my friend Wes White. It changed my life. We became friends while i built my first bike. A 1947 WL chopper with a triumph transmission. Over the last 6 years we have become great friends. Frank is one of the greatest people i have ever met. He has taught me so much, and helped me build every one of the bikes i have done. Last year while sitting around and talking, Frank turned to me and said he wanted me to build a bike out of his original motor. I didn’t know what to say, i was totally taken back. I asked how he would like me to build it, he told me that it was my turn to take the motor and build a bike out of it and that i should build what i want to build. Im truly honored and pretty overwhelmed. I told him that i would want put Panheads back on the motor and build a bike in a similar style to the first configuration of his bike. That is what i have set out to do.Over the next few days im going to post a bunch more pics of how the bike is coming along. Stay tuned
Jeff Leighton
Born-Free 2022