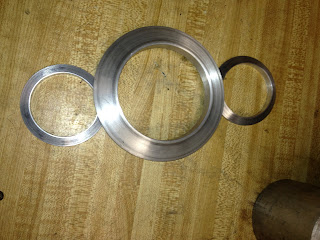 I really wanted a speedo on this bike as well as an amp and oil gauge.  I called up my friend Janus in canad and asked him what my options for miniature speedometers were.  I was thinking of running a k model or sportster speedo, but they are a different ratio,  Janus told me that my best bet was a indian 741 speedo  because it was tiny and still had the same ratio as a knuckle or panhead  Here is a pic of the aluminum bezels that I made for the dash.   These sit on the gauges and speedo and the aluminum sheets get welded to it 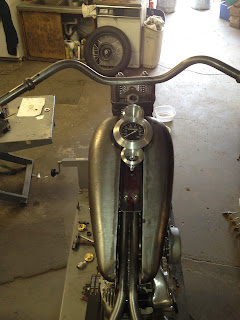 d
here it is sitting on the bike 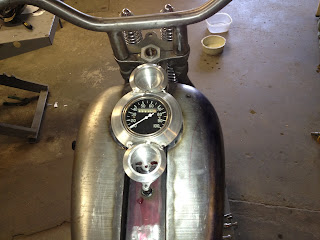 d
and tacked together. 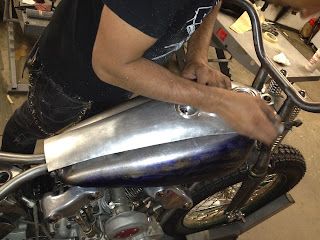 My dear friend lock flew in from conneticut to help with making the dash.

s
in this pic the top is basically done, the front still needs to be made and the sides trimmed. 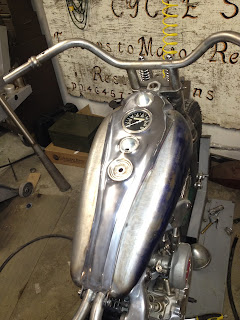 Here it is all finished up.   The dash is made out of 9 pieces of aluminum that are welded together and metal finished and polished. 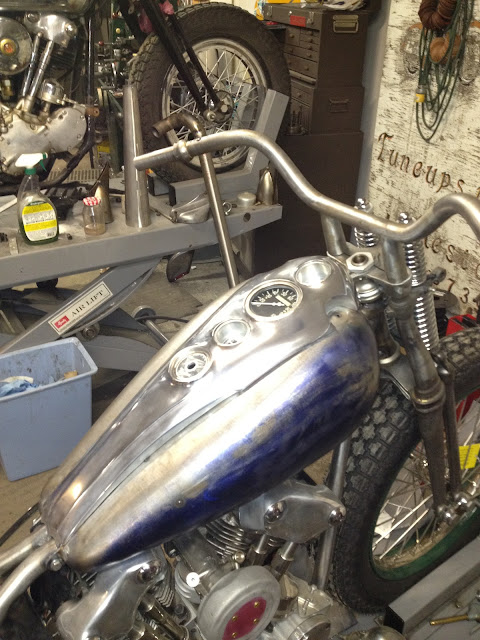 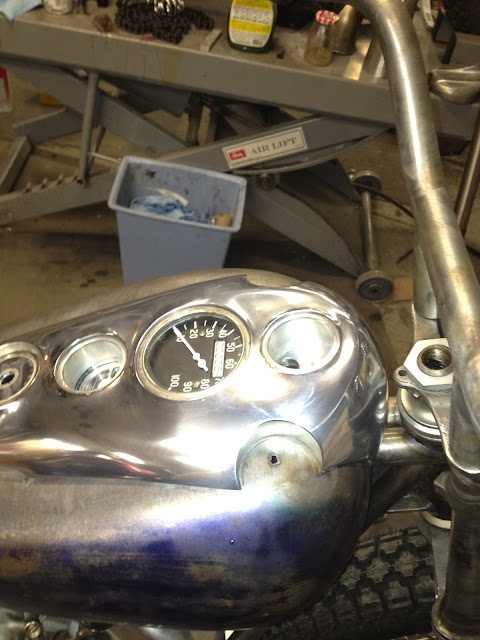 the cut out is for the gas cap which isnt welded in at this point.   I also frenched the tanks along the edge where the dash sits and around the gas caps. 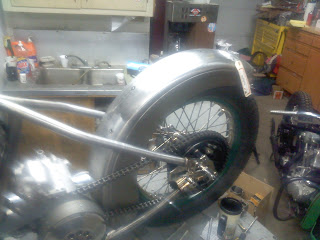 Here is the rear fender  it is a repro front fender for springer.  I narrowed it 1.125 of an inch and cut out the skirts and made new ones that have a reverse taper on them . they are wider at the top than the bottom. 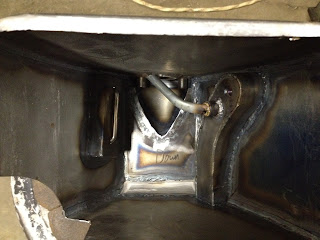 This is one of my favorite pictures from the build. this is the inside of my oil tank.  the tank is made out of 29 different pieces.   It was a lot of extra work to do the inlays for the oil lines and site gauge. 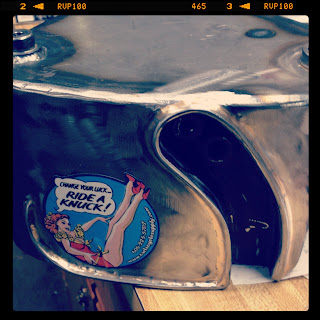 ddd
I thought it would be neat to french the inlays for the oil lines and the site gauge.  it was a bit of work. but looks really nice. 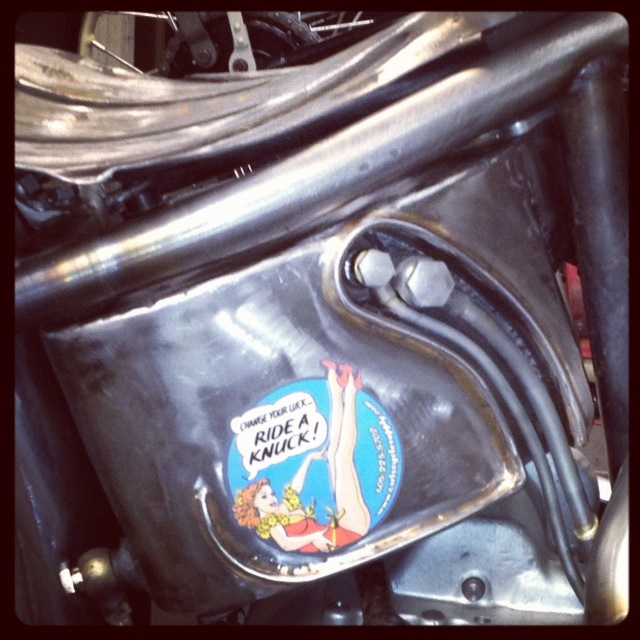 s
I love the way it looks with the oil lines installed.  I had to put a bit of a relief in the return line so that the vent line wouldnt hit it. 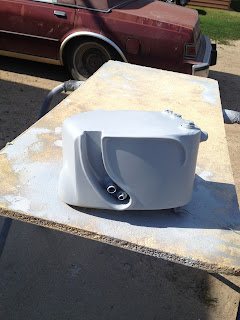 d
I dropped it off at the painters and he molded everything and got it sanded out and looking like something. 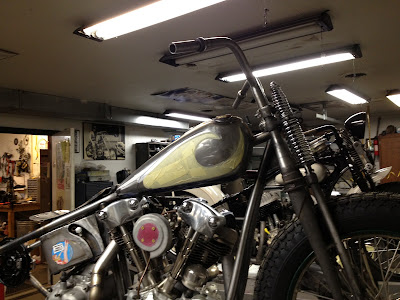 the paint…. oh man the paint.  I hate this part of a bike.  You pour your heart and soul into a bike to make every detail perfect and 99 percent of the people that look at the bike look at the paint job.  I have always been jealous of painters for having that power.   With all that being said,  I knew that the paint on my bf bike was going to be super important.  I have had a deep yearning to do a bike with a 32 tidal wave paint job since I was sixteen or so.  I asked glenn if it was ok and he said it was. The tanks on my bf bike are narrowed indian chief tanks taht I got from Mike Thomas. 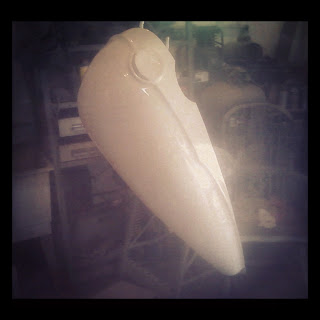 Here is a pic of the tanks after my dear friend John Dills did all the body work and painted the cream. 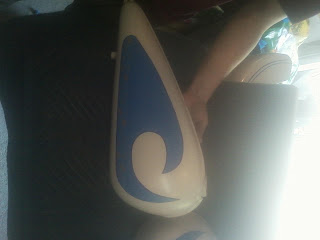 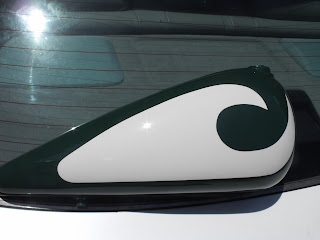 Here it is all finished up.  John asked me if he could paint this bike and I am glad taht he did it.  he does a lot of old bike paint jobs and has a firm grasp on how things looked seventy or eight years ago

Here is a pic of the tank next to the freshly painted frame.  ilove the way that the frame looks in this picture.  The down tubes are soooo beautiful 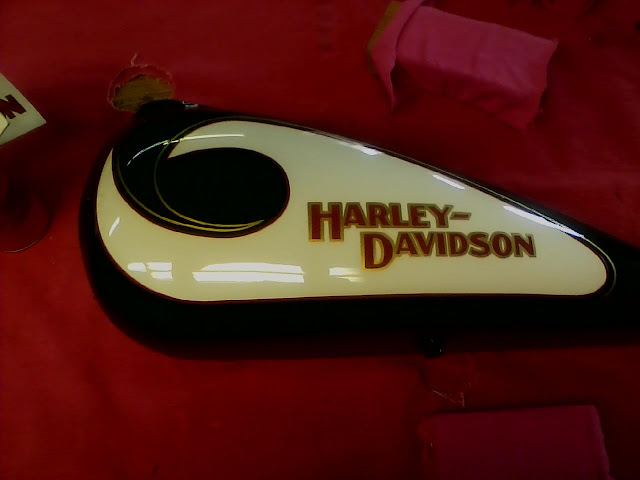 My child hood friend Tim peterson did the striping and lettering.  It is all done by hand.  He is a true master of this type of work.  The lettering isnt finished in this picture  He still has to put the black line betweent the red and the gold on the Harley Davidson. 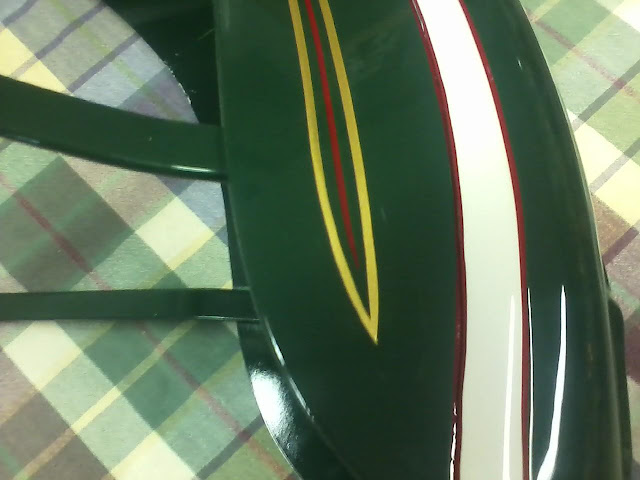 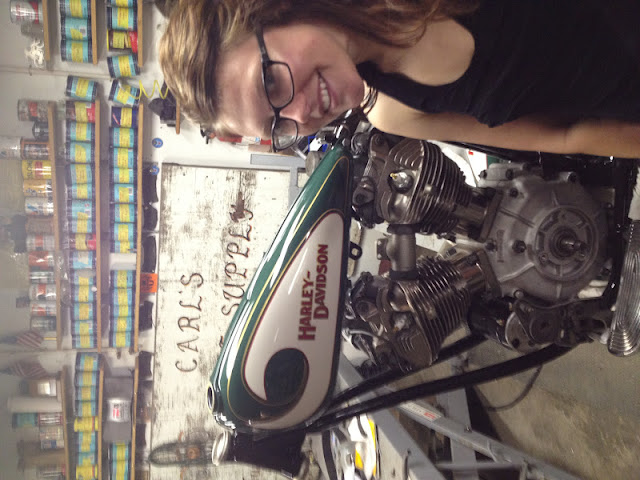 d
and the beautiful miss brittney with the tank. 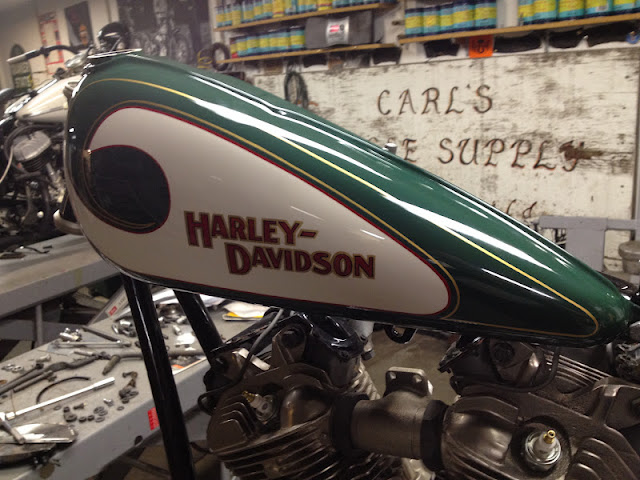 d
wow, this turned out so nicely.   I really like the way that the cream insert is rounded and the gold stripe wraps around it and then goes back towards the rear tire.  I knew that there was going to be a bit of striping on this bike and was a little worried that it might be too much,   but after seeing it done, I think that it is just perfect. 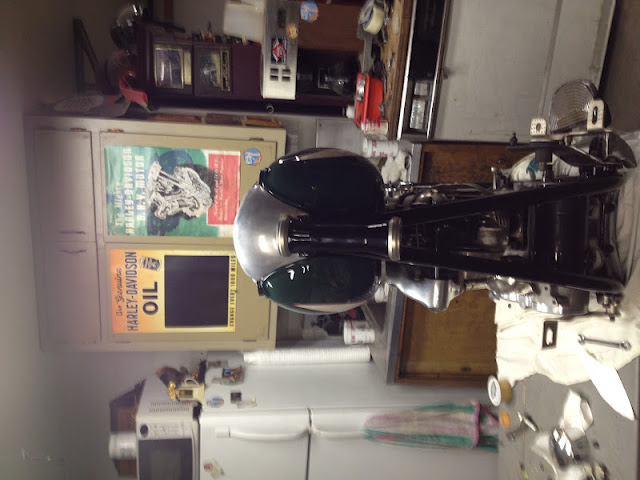 here is a shot from the front that shows how the dash fits nicely into the recesses on the tank. 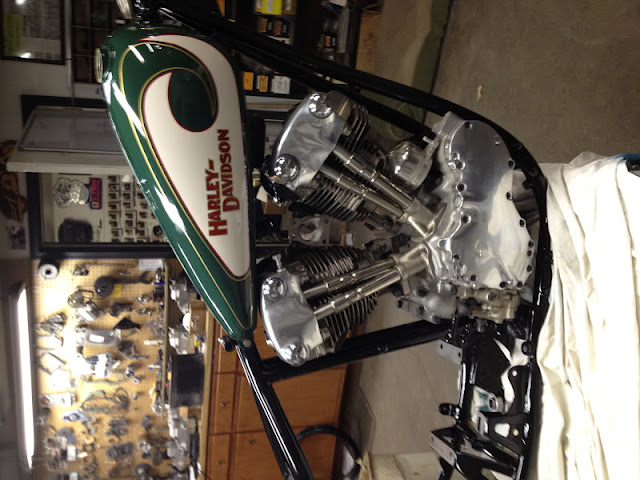 and the right side.  Ill try to make some time to do a few more posts before the show.  The rest of my nickle plating and my seat is showing up tomorrow night, so I will really be able to jam the hell out on this bike.   Thanks for checking out the pics and reading along.  have a nice night everybody